Dreams of the Ruling Class

It's been a long while since I've posted, but I've been motivated by recent events, which have left a good many of us either speechless, jaws wobbling, babbling like a mad man, bereft, or wondering, what the hell do we do now? For me, comics came to mind, so here goes; firing up the ol' comic wing of the brain again.

Despite the lowest approval rating in the Senate, Mitch McConnell is the longest serving U.S. Senator in Kentucky's history. Way to go, Kentucky, my home state! 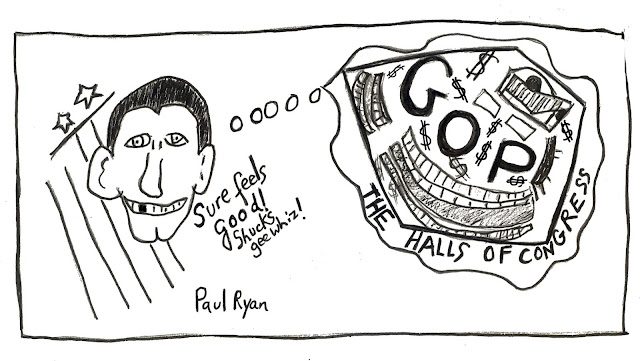 After his father's death, Paul Ryan received SSI benefits from the age of 16 until his 18th birthday, which helped pay for college. He wishes to thank you, the American people, by privatizing Medicare. 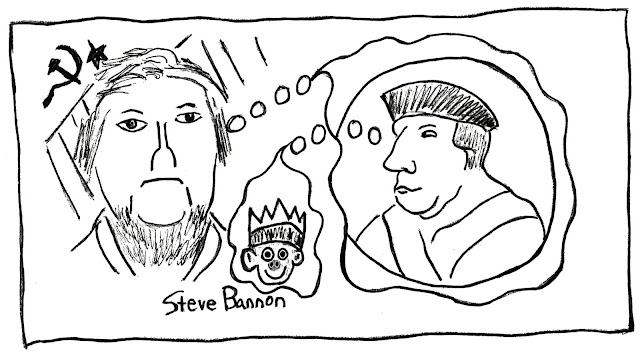 Steve Bannon, Trump's Chief Strategist, fancies himself the "Thomas Cromwell in the Court of Trump." Cromwell served as King Henry VIII's Chief Minister and helped formulate radical changes to the English constitution, expanding the power of Henry VIII, with the theory of the divine right of kings. Hail, King Trump! 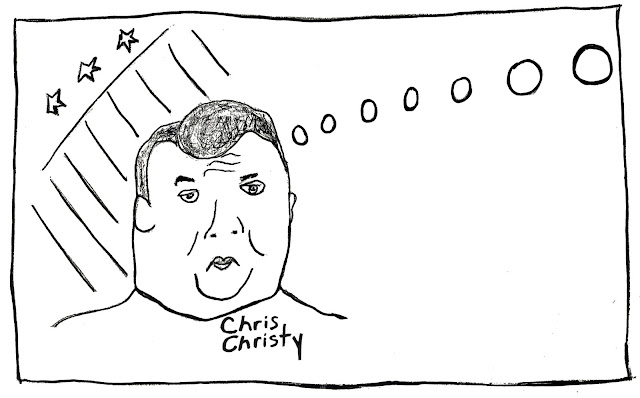 Purged by Trump... (or was it Jared Kushner?). Some believe Kushner, Trump's son-in-law, sought revenge for Christy, who as U.S. Attorney for the district of New Jersey, sent Jared's real estate investment father to jail. The older Kushner was accused of everything that Trump holds dear: lying, tax evasion, fraud, etc. Also had to pay a big fine. Trump no like big fines (but will pay them if he absolutely has to).

And last but not least....your royal majesty, Donald J. Trump, dreams unparalleled and of the highest quality, I mean HIGH, FINEST QUALITY. Here's a look inside: 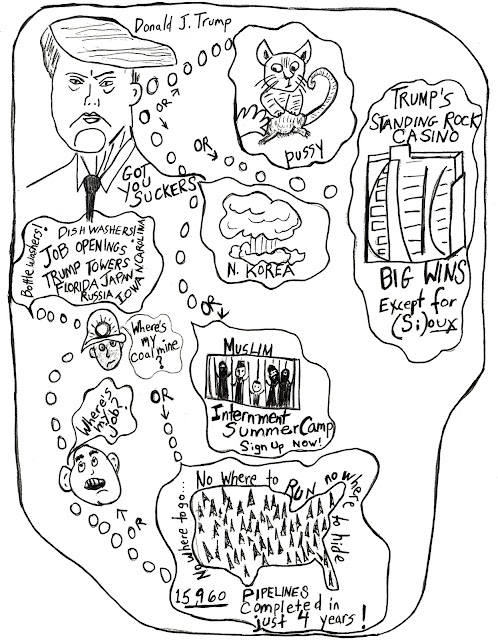 Posted by Charlotte Hildebrand at 11:56 AM No comments: