Last week at the library, I was glad to hear Maureen Moore, associate director of ALOUD, mention playful in a list of her boss's most beguiling attributes, because 1) it is such a rare trait to have in a boss, and 2) I have known her boss, Louise Steinman, mainly in that way for over three decades, and it would be such a pity if she couldn't carry that puckish prankster part of her to her job.

I was also happy that Jack Miles who interviewed Louise for ALOUD about her new book, himself took up the playful mantle—jumping out of his seat at one point to focus attention on the twinkle in the eyes of rescuers Janka and her 9-yr-old son, Marian, projected overhead. Imagining the thought process of mother and son in deciding whether to house a 17-yr-old Jewish boy, Miles turned to the audience, shrugged his shoulders and said: "Save a Jew? Why not!" It was a funny Woody Allen moment and a testament to the book that Miles could segue from seriousness to playfulness and not be considered a heretic, given the gravity of the subject.

Louise's book, The Crooked Mirror: A Memoir of Polish-Jewish Reconciliation, is a revelatory read, seamlessly weaving a complicated history with the personal, and although not done in the name of play, certainly it was Louise's skills in the art of play that helped her through the ten years that it took to write the book.

As for knowing her mainly as a playful puckish prankster.... that might not be entirely true, but for the purposes of this post, I will say it is, and present to you, forthwith, some playful moments shared together over the years. 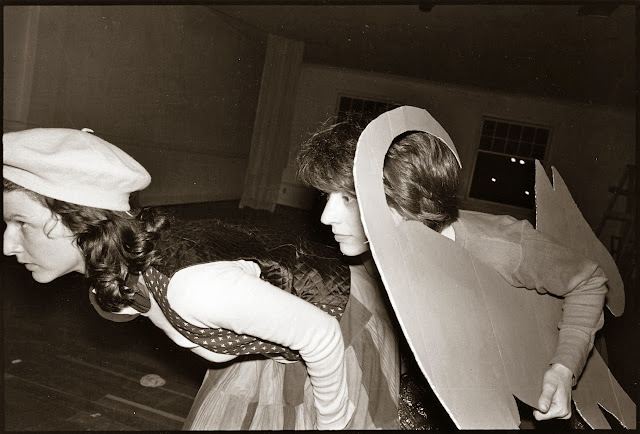 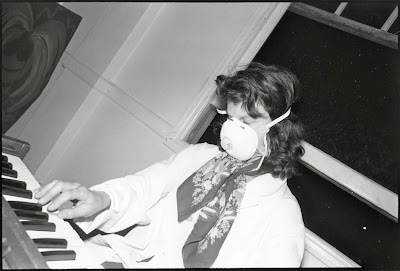 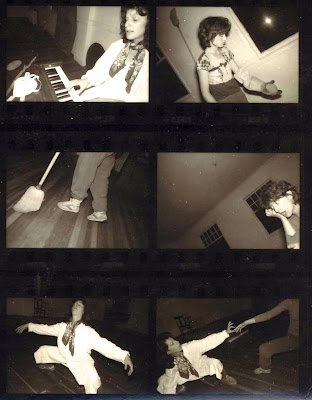 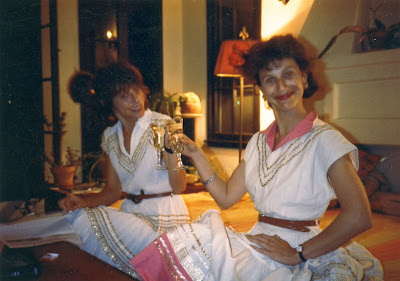 Ojai, mid-80s
(Where are those dresses?) 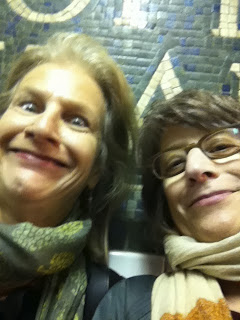 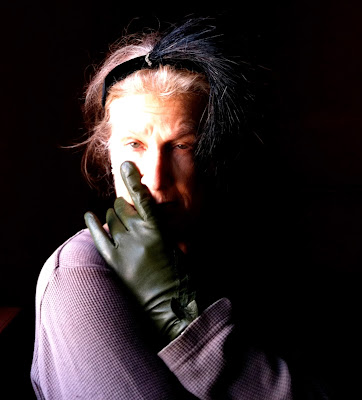 Playing around in Studio A (still!)

Posted by Charlotte Hildebrand at 9:02 AM 7 comments: