My scarf inhabits me

I lost my scarf somewhere between NY and Albuquerque. When I realized it was gone, it hit me hard; I've had that scarf since India 2007, wore it almost every day through CA winters, NY visits, kids’ graduations, in all my travels. I always had it by my side. It inhabited me. It was my security blanket; it kept my head in place. 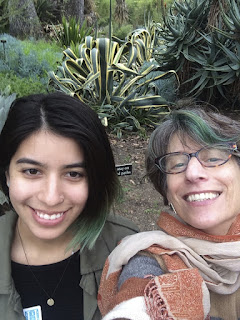 my scarf holding my head on

My daughter says forget it! It's over! Maybe it's a lesson in acceptance, that it’s gone, that I can’t get it back, that I was distracted, and in that moment of looking away, it disappeared. But I can’t accept that I can’t change that outcome. I can’t move beyond wanting back what I’ve lost. But it’s gone. It’s gone. And no going back.

In NY, people walk around the city talking to themselves. I suppose in LA they’d do the same if they walked....but when you’re on the street in NY you find people staring straight ahead, gesticulating, talking to some unknown; or bobbing their head up and down to some distant music. 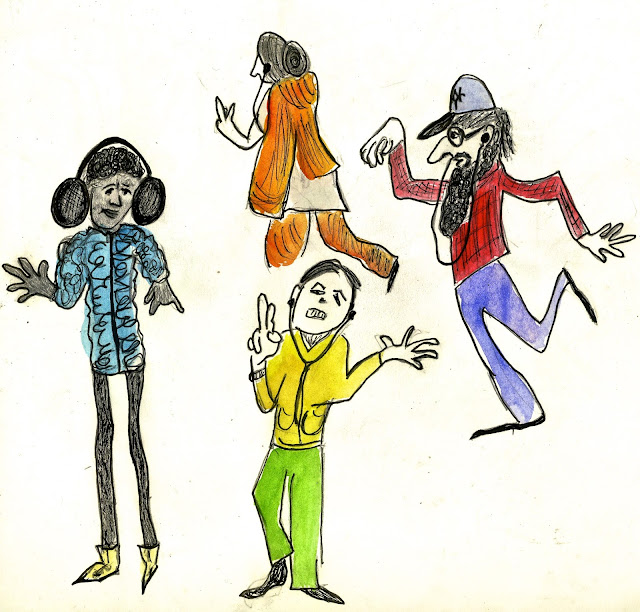 This is something new, this talking and listening into thin air.  Along these lines, I noticed too that no one reads the newspaper on the subway anymore, no crossword puzzle to solve, no annoying person leaning in to read over your shoulder. Now people are looking at their phones, sitting in their bubble, bobbing and smiling to themselves. 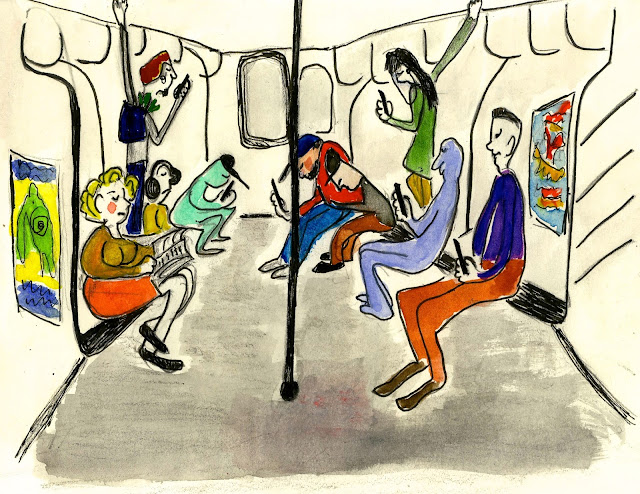 Although the New York I once knew is not totally gone, it’s hard to find among the shiny new stores that have pushed out the mom and pops, the 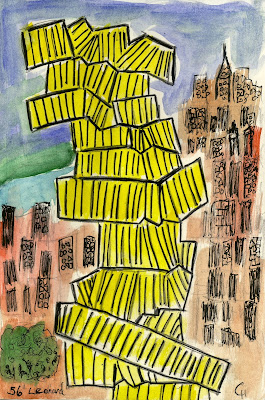 climbing new buildings that totter uneasily against the skyline, the fixed up parks, the swept up sidewalks, even the dirty, last-century buildings in Alphabet City have been pressure washed. Where are all the crazy drug dealers, the agile jugglers, the young, hopeful folk singers in Thompkins Square Park? Now you see families, spreading blankets, having picnics on the ground!


I had breakfast at B&H on 2nd Ave, and am happy to report that at least there, the old is still true to itself. The challah bread is piled high on the counter, the home fries on the grill. The cook sips the soup, endlessly dipping her ladle to make sure there’s still enough salt, her hair in a net so we don’t get any strays, the big metal pot boiling up behind her. 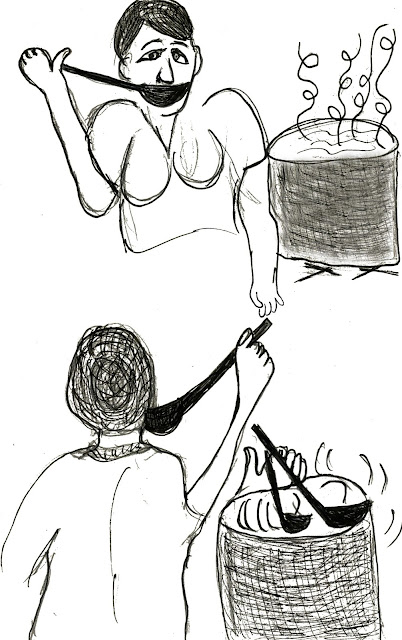 Young men come in on their breaks and order pancakes and chew the fat with the guys behind the counter in a language of the east shore, a tough guy vibrato, calibrated for ears that have gone soft from all the noise and the traffic.

They josh, they eat piles of potatoes and pancakes, they ask about the wife, they come to collect the rent (excuses are made), they’re there for the first time and are accepted...while I sit wondering how I can join this club. Admit it, I say to myself, you can’t join. You live in LA now, not the LES. You can't go back.

But when I walk down 2nd Ave, my old stomping ground, oh, how happy I am to be here for awhile in the land of the everyman and everywoman, the land of the rapidly changing facade, the land where the young still go to reinvent themselves, where newcomers come lugging hope; the land that doesn’t ask much, but takes everything.