Before I take off to NYC for the month of May, I've been asking myself a few questions, such as: should I bring a coat? take books or Kindle? tennis shoes or clogs? I know there's a lot more important things in the world to think about, but I can't seem to stop contemplating the non-essentials.

Here's a few more non-essentials I've been asking this past week:

Why did this snake die smiling? 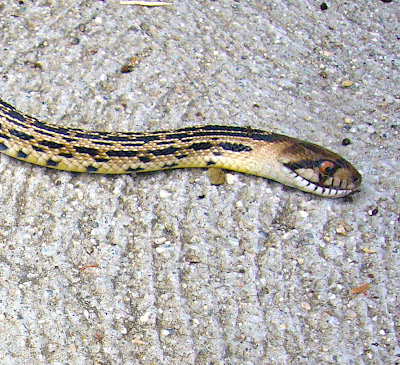 Why was this lizard so angry?
(Was it because I almost stepped on him?) 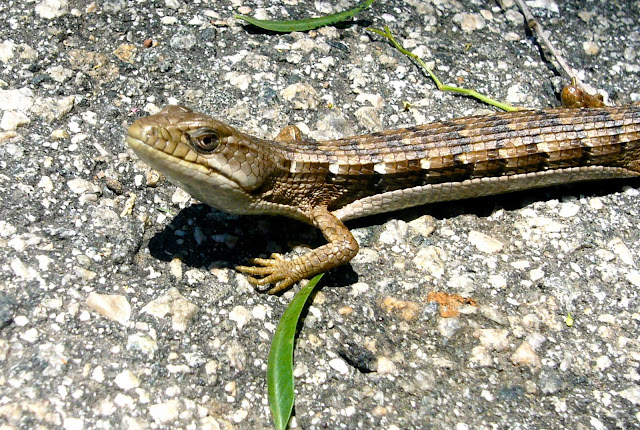 Why did the hummingbird build her nest on a cord inside our garage, and then later, abandoned it? Did the babies fly the coop without our notice? 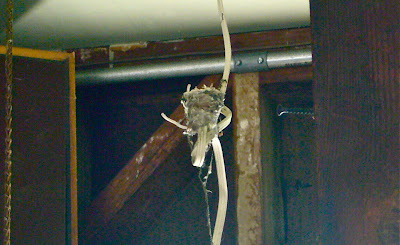 Why did the old Navajo woman get mad at Tom for throwing Mekko into the air? 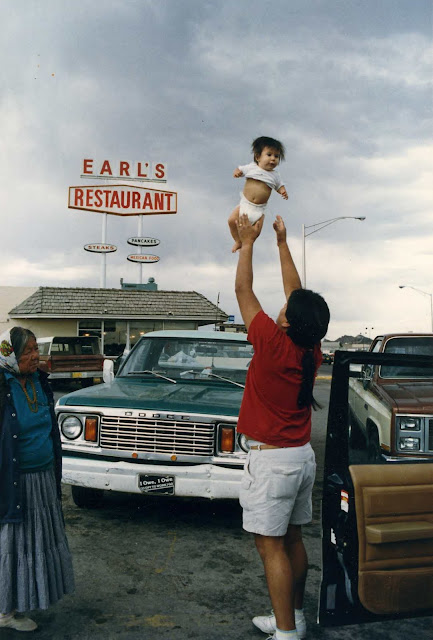 (This shot, part of the hundreds of old photos I've been going through in the past weeks, was  taken at Earl's in New Mexico 23 years ago; Earl's is still there, and still serving one of the best Indian tacos west of the Mississippi. I'll get to see my 23-yr-old son in NYC when I'm there!)
Posted by Charlotte Hildebrand at 3:40 PM 1 comment:

Gratitude v. attitude wasn't the title I wanted to write, but that's what came out. It should have read: gratitude vs. appreciation, but maybe attitude is the better word.

I bring this up because on the weekend, my friends and I were talking about what it meant to say "thank you" to someone, as in: thank you for everything I've never thanked you for before. I used the word gratitude to describe this phenomenon; someone else said it was more like appreciation. I accepted this. But then I started thinking about it later, how I've always thought of gratitude as the bigger of the two, i.e., gratitude encompasses a wider audience for that which is being appreciated. Maybe this is just mincing words. Maybe it makes absolutely no difference if one appreciates someone or thing, or is grateful for that object of appreciation; in the end, what counts is that one is conscious enough to realize that in a relationship, this is the component that's been missing. 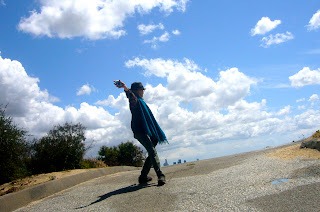 On Friday, the day of supposedly rain and cold, I took a jaunty hike up to the Observatory with my friend Louise, whose birthday it was. As an added fillip, her friend Susan B. had flown down from Portland to surprise her, and it fell to me to keep a secret all the way to the top. I accomplished my task without bursting. The day was wonderfully crisp and clear. 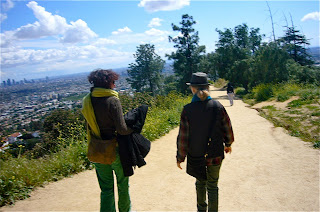 And on Sunday, friends gathered to ride in the second CicLAvia, a seven-mile bike ride through the streets of L.A., organized by a small group of activists (shout out to Aaron Paley) with the support of Mayor Villaraigosa. What a success! Two more, in July and October, have been planned for this year.
The route started in the neighborhood near LACC, at Heliotrope Dr. and Melrose Ave., home to the Bicycle Kitchen; it continued along Melrose to Seventh St., past MacArthur Park and into downtown, ending in Boyle Heights—or at least ending for us at Hollenbeck Park, where we kicked back and took in the peaceful surroundings. It's important to note that the area of Heliotrope and Melrose was once dubbed Hel Mel, for its cool shops and hipster vibe, but is now known as —trumpets everyone!—The Bicycle District. For L.A., this is a huge, and I mean huge, attitude change, and attitude can be everything.
CicLAvia, 4-10-11 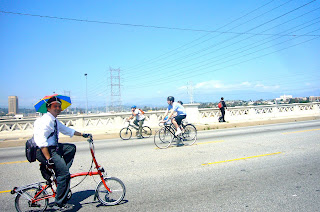 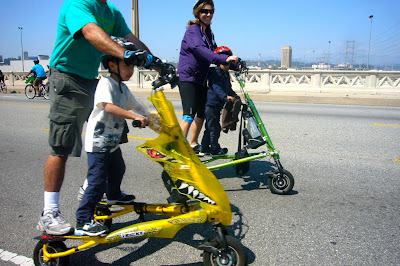 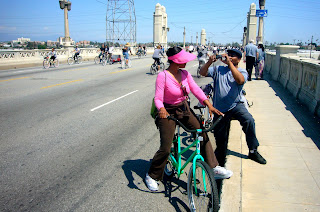 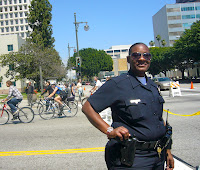 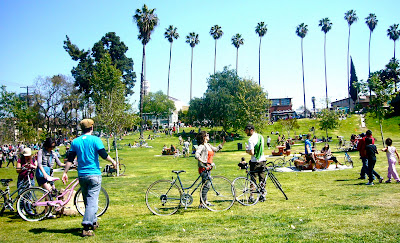 
Posted by Charlotte Hildebrand at 11:09 AM 2 comments: